Germans love the verb "machen". We "machen" a lot of things. As a matter of fact, we "machen" so many things that it can be a bit confusing to an English-speaking German learner. Part of the confusion comes from the translation. The most straight forward translation is "to make", but it can also be translated with "to do". There are quite a number of phrases in German that use the verb "machen" but translating "machen" into English is just as confusing for a German speaker, who may have asked you what you are 'making' this weekend, or if you like to 'make' sports. 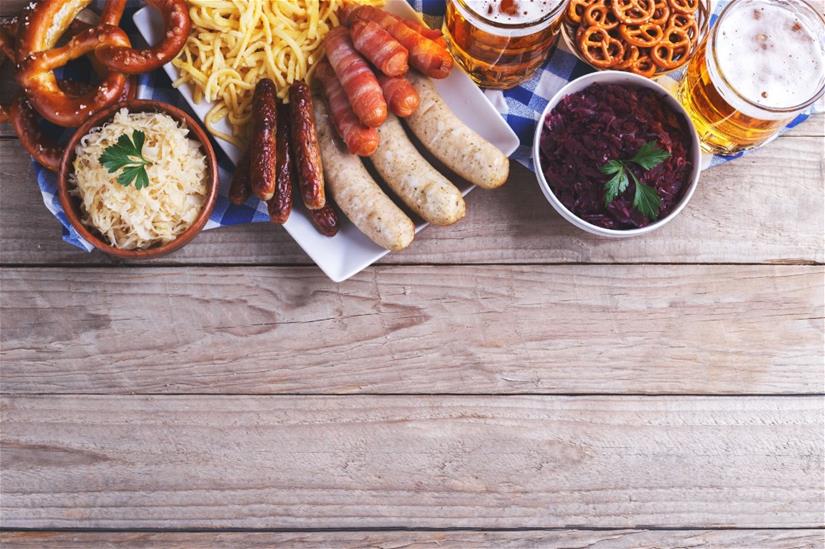 Here are some of the most common phrases and expressions that use "machen" in German:

In German, we don't "take" a photo, we make a photo. So, you may hear someone say "Kannst du von mir ein Photo machen?" (Can you take a picture of me.), or "Mach mal schnell ein photo!" (Go ahead and take a picture quickly!") To generically speak about doing exercise, Germans also use the verb "machen". You can "machen" Sport, Yoga or Pilates, and it will refer to doing exercises or exercising. For example, someone might say "Ich mache viel mal pro Woche Sport.", which literally means, "I make sports four times a week", but it means "I exercise four times a week." When a German tells you that they are going to "make blue", it means that they are going to play hooky. But be careful with the color blue. If you change it to "blau sein" (to be blue) you are actually saying you are drunk, unlike the English version, which means you are sad or depressed. But the next time the weather is just too beautiful, a German might secretly tell you: "Ich mache heute blau!" In English most people go on a diet and then are on a diet. In German, it is another expression that we like to use "machen" for. Like in the above example, we can get away with leaving out the article (eine). As a new year's resolution, you might hear someone say, "Ich muss unbedingt eine Diät machen!". (I definitely need to go on a diet) "making" a party is not the only way you can party in German. We do also "schmeißen" (throw) a party or "geben" (give) a party. "Party machen" without the article is usually used to express "to party". For example: "Wollen wir Party machen?" (Do we want to party?", whereas the other two are mostly used for organizing and hosting a party. The expression "to make someone ready" can be used in a few ways, all of which are for colloquial use, and not for formal speech. In sports it can be used when one opponent obliterates the other. For example, "FC Bayern wird Werder Bremen fertig machen!". (FC Bayern will destroy Werder Bremen.). When you "fertig machen" a specific person, it usually means you are going to really (and severely) put them in their place. For example: "Wenn er mich bis morgen nicht anruft, mache ich ihn fertig!" (If he doesn't call me by tomorrow, I will really lay into him." If we remove the person "jemanden" from the equation and replace it with "etwas" (something) then it can quite literally mean "to finish something", or "to make something finished". "Ich mach meine Hausaufgaben fertig." (I am finishing my homework.) If someone tells you they are "eine Ausbildung machen", it means that they are doing an apprenticeship or training. This phrase can be followed by the preposition "als" or "zu + article)": "Ich mache eine Ausbildung als/zur Ernährungsfachfrau" (I'm training to be a nutritionist). This phrase literally translates to "to make bread time". "Brotzeit" is a type of snack, usually in the mornings between breakfast and lunch, but it can also just mean "snack". So, if someone is suggesting "Lass uns Brotzeit machen!" (let us make bread time), they are suggesting taking a break and having a snack. You can probably figure out what "sauber machen" means. "sauber" is the adjective "clean", so when someone says "Ich mache sauber." it means they are cleaning. You can, of course, also make something clean, such as "Ich muss mein Auto sauber machen". (I need to clean my car). Have you heard any other expressions with "machen"? Feel free to share!

Want to improve your German? Check out our online classes! 5 Songs to Help You Learn German How to Choose Authentic Songs to Help You Learn German The Best Place to Learn German