Looking for that “big city feel” mixed with southern culture? Then you have come to the right place. Welcome to Atlanta! Named after the fleet-footed Greek goddess, the capital of Georgia is growing in diversity every day. Atlanta has a large-scale film, media and communications industry, giving it the nickname “Hollywood of the South.” Aside from its booming media district, Atlanta is home to many international companies including Coca-Cola, Delta Airlines, Newell Rubbermaid, and CNN.

These industries attract people of a variety of ethnicities, making Atlanta one of the most diverse cities in the Southeast. This phenomenon is partly due to its growing Latino population, which has altered the economic, cultural and religious landscape in Atlanta.

Star in the latest season of Archer or grab an ice-cold beverage at the Coca-Cola factory. Regardless, you will be immersed in the city’s history and culture no matter the length of your stay!

Atlanta, Georgia was established in 1837 to meet the needs of railroads in the United States. The population grew as the railroads were built and the city became known as a commerce and finance hub. It continued to skyrocket during the Civil War, as a center for hospitals. In 1864, Union Army leader William T. Sherman passed through Atlanta on his “March to Sea.” The city burned to the ground during Sherman’s march, which was a tragic moment for the industrial center of the Confederacy. It eventually was rebuilt stronger than ever. In the modern era, Atlanta became a scene for protesting racial segregation, led by Martin Luther King Jr. Unlike other southern cities, Atlanta was progressive with its approach to racial issues, seeking integration in public schools. In 1996 it hosted the Olympic Games, an important part of Atlanta’s rising international status.

Things to Do in Atlanta

Atlanta has plenty of sights to see and activities to do to make your visit supreme. It is enriched with art, history, and culture, reflecting a special “Atlanta Spirit” and the American southeast.

Want to travel around the world? Then stop by the Coca-Cola Museum. Explore the different flavors of Coca-Cola arranged geographically: Africa, Asia, Europe, Latin America and North America. See how the drink became a famous brand name and pop-culture icon in the Popular Culture Gallery. Bumping into the Coca-Cola Polar Bear is also a possibility while venturing to the vault of the Coca-Cola secret formula. Be sure to book your tickets in advance to make sure you secure your spot!

What founder of CNN Ted Turner created became legendary. The world’s first 24-hour news network is in this metropolis.  From 9 a.m.—5 p.m. daily, get behind-the-scenes access to the world headquarters. A 50-minute walking tour will take you through the CNN Center and show how a live broadcast is produced. Find out how CNN became a global image for worldwide news.

Atlanta is known for its arts and culture. Buy tickets to a Broadway show, concert, or grab a 60-minute guided tour to learn about Fox Theatre’s interesting history and Moorish design. The Fox Theatre has something for everyone, such as a Dancing with the Stars Live or even something for the kids with Peppa Pig's Adventure.

Baseball fans are sure to be aware of one of the only southeastern major baseball leagues. That is why grabbing tickets to a baseball game is a “home run!” The Atlanta Braves is a Major League Baseball team that plays at Turner Field in SunTrust Park. You can find tickets online and a map to help find parking.

Believe it or not, this park looks nothing like it did 20 years ago. There are eye-catching gardens, the Georgia Aquarium, the Center for Civil and Human Rights, the College Football Hall of Fame, exciting night life and numerous restaurants. The beginnings of the Centennial Olympic Park sparked this development for locals and tourists to enjoy.

Tour the home of one of America’s most influential leaders. At the Martin Luther King Jr. National Historic Site, discover where young Martin Luther King Jr. was born and raised. Take a tour of the house he grew up in and visit the Ebenezer Baptist Church where he and his family were members. King’s grave site is here as well, and across the street is the Center for Nonviolent Social Change, Inc., which continues telling the story of MLK’s legacy and civil rights work. The American legend is beautifully commemorated for his life’s work and devotion to a better America.

Other Things to Do

Want to admire art and see a live show for free? Visit the Krog Street Tunnel. Grab a picture with a unique, colorful backdrop of graffiti. Want to check out a cool combination bar, restaurant and shopping district with an eclectic feel, check out Little Five Points. To keep the kids entertained, stop by Lego Land, where you will find sculptures made of Legos, Lego building competitions, rides, and a 4-D movie. For outdoor adventurers, hike through Stone Mountain Park. Here you can take a summit sky ride, explore historic Georgia homes, climb through the treetops, or explore the park on a train. Witness Atlanta’s culture further by grabbing a bite from The Varsity, the “World’s Largest Drive-In Restaurant.” This is a prime location to eat a hamburger or hot dog for the ultimate dining experience before a big game.

This market holds the Central Food Hall and is becoming the zestiest market in the southeast! The Ponce City Market offers local, southern dishes, global cuisines, classic market goods, fresh bread, meat, cheese and spices. The market has many shops and boutiques for you to peruse post-dining.

For that high end southern comfort, dine at Miller Union. They offer an authentic lunch and dinner menu, dessert, cocktails, and wine. Enjoy the rustic, yet modern atmosphere that embodies the history of Atlanta’s former Miller Union Stockyards, part of the old meatpacking district in the 1880s. The food is organic and cooked based on the harvest of the season.

For a fancy night out, Capital Grille has excellent ratings from visitors. It has great service and a variety of savory dishes to complete your trip. Indulge in a delicious meal or stop by for cocktail hour. It’s nicknamed “Hot’lanta” for a reason. The months from June to August are brutal. Peak tourist season is from late May to August, but to escape the heat, visit in the Spring or Fall. The city’s symbol is a Phoenix, since it recovered from Sherman’s march and became an influential city. No matter the time of year or what you decide to do in the city, Atlanta is a Southern “Hot Spot.” 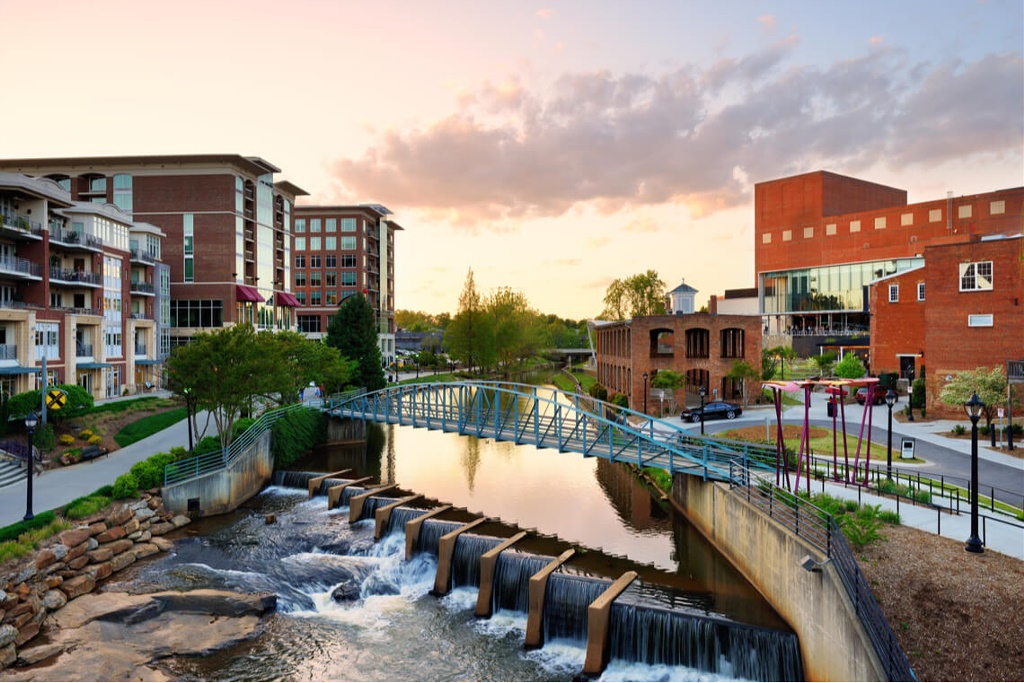 Stay at a Castle in Germany A Spanish Summer Tradition: The Running of the Bulls Festival